So Next month’s games have been announced with a great one for halloween in the mix.

This month PS4 has 2 title to look forward to. 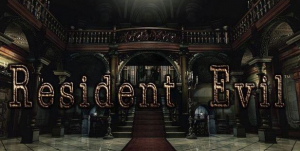 Description: In 1998 a special forces team is sent to investigate some bizarre murders on the outskirts of Raccoon City. Upon arriving they are attacked by a pack of blood-thirsty dogs and are forced to take cover in a nearby mansion. But the scent of death hangs heavy in the air. Supplies are scarce as they struggle to stay alive.

Description: The TRANSFORMERS are back, and this time they’re in the hands of acclaimed developer PlatinumGames, who has married their over-the-top brawler action with comic book inspired art to create a TRANSFORMERS game like none other. Five playable AUTOBOTS: Wreak havoc on the DECEPTICONS as OPTIMUS PRIME, BUMBLEBEE, SIDESWIPE, WHEELJACK and GRIMLOCK. Actors from the original TV series: Reprising their roles are Peter Cullen (OPTIMUS PRIME), Dan Gilvezan (BUMBLEBEE), Frank Welker (MEGATRON), and more.

With Halloween approaching a remasterd Resident Evil is a great shout, make sure you keep tuned for the reviews!